In order to ensure the highest quality photos will be used in the final printed travel document, the Department of State has created a guide for you to use when creating and uploading your photos [see photo quality standards guide].

Click the "Browse" button and choose a JPEG format image (i.e., .jpg file type) that is 240 KB or less in file size.

This site is managed by the Bureau of Consular Affairs, U.S. Department of State. External links to other Internet sites should not be construed as an endorsement of the views contained therein.

Most display monitors today are capable of displaying images in various screen resolutions, all of which are suitable for viewing passport and visa images. These monitors also display images in a wide variety of colors. However, an image can look quite different when viewed on various display monitors, in terms of both screen resolution and image quality. For this reason, it is important to set the monitor''s settings to the manufacturer''s default values to view the image in the most appropriate manner. For more accurate color-matching, check that the calibration of your monitor is correct. If necessary, use the monitor''s control panel to fine-tune its color adjustments; for instance, to set the monitor''s color temperature to 6500 ºK to approximate daylight. For even greater color accuracy, the stored image can be converted to and displayed in a device-independent color space by using standard image display software. This removes the color bias of the specific display monitor and will more accurately represent the way the image should actually appear.

If digital printers are used to produce passport and visa photographs in lieu of conventional photographic processes, the photographs produced must be high quality and photo-like in appearance. Certain types of digital printers such as — inkjet and dye sublimation — can be used to produce high-quality passport and visa photos. Inkjet printers deposit multi-colored ink onto photographic print paper. Dye sublimation printers use heat, applied to a multi-colored ribbon or film, to release a dye that is transferred onto photographic print paper. These two types of printers, when used with compatible print paper that produces high resolution, photo-like images, are suitable for printing passport and visa photos. They have multiple printer settings to control the format, print resolution, and print quality of the printed photo. In addition, they come with printer-specific device driver software that converts the stored image pixel data in the computer into the actual printer output to be printed onto the photographic paper. Just as with display monitors, printers have their own unique color profile that should be taken into account before the image is printed. The combination of proper printer settings and photo-quality paper determines whether high-quality photos can be obtained.

Using digital photography to produce high-quality passport and visa photos is dependent on the condition and proper use of the digital camera, computer, display monitor, and digital printer. Maintaining the digital printer in good working order however, can be the single most important aspect of producing quality photos. Regardless of how much attention is paid to capturing, storing, and displaying an image, image quality will be poor if printers — including inks and ribbons — are not properly maintained. To ensure that a quality print is obtained, the image can be transferred to disk and taken to a photo lab to be printed. The equipment found in a photo lab will normally be capable of producing higher-quality photos and undergoes the frequent calibration and maintenance necessary for consistent results.

Ambient Light - the available light completely surrounding a subject that is not introduced artificially.

Aperture - the opening in a camera lens through which light passes; measured in f-stops.

Background - the area behind the subject; it should be smooth, flat, and non-patterned to minimize unwanted reflectance; the background should be plain white or off-white.

Background Illumination - light that illuminates the background. The background should be uniformly illuminated to remove any shadows or other lighting effects that would otherwise interfere with clearly discerning the facial outline on the background.

Bit - short for binary digit, which in a computer is the smallest unit of storage.

Brightness - the amount of light and dark areas in an image.

Byte - short for binary term; a collection of computer bits; on many modern computers, a byte is equal to eight bits.

Color Balance - how a color film reproduces the colors of a scene; using the wrong lighting can cause the colors to appear washed out or unnatural.

Color Cast - the overall bias towards one color in a color image.

Composition - the content and organization of the image that is being captured for the photograph. In this context, the composition of the photograph must show a clear, front view and full face of the subject against a plain and neutral light color background.

Continuous-Tone - refers to an image where like colors in the subject and scene do not change abruptly; the opposite of posterization.

Contrast - the range of difference in the light to dark areas of an image.

Diffuse Lighting - lighting that is low or moderate in contrast, such as on an overcast day.

Dot - the smallest element that can be printed by a digital printer.

Exposure - in photographic terms is the product of the intensity of light and the time the light is allowed to act on the film, or digital camera sensor. In practical terms, the aperture controls intensity or amount of light and shutter speed controls the time.

Eye Height - the distance from the bottom of a passport or visa photo to a horizontal line going through both eyes and which should measure between 1 inch (25 mm) and 1 3/8 inches (35 mm).

Facial Features - the makeup or appearance of a subject's face or its parts, including scars, tattoos, etc.

Facial Region Illumination - the light that is incident on the subject's face. The face should be clearly illuminated with all physical features shown and no shadows that would otherwise obscure the facial image.

Facial Region Size - the facial region as measured from the bottom of the chin to the top of the head (including hair) and should be between 1 inch (25 mm) and 1 3/8 inches (35 mm).

File Size - the size of an image in digital photography, measured in kilobytes (KB), megabytes (MB), or gigabytes (GB). File size is proportional to its pixel dimensions; images with more pixels may produce more detail at a given printed size, but they require more disk space to store and are slower to print.

Film - photographic emulsion coated on a flexible, transparent base that records images or scenes.

Film Speed - the sensitivity of a film to light, indicated by a number such as ISO 100. The higher the number, the more sensitive or faster the film. (ISO stands for International Organization for Standardization)

Filter - colored piece of glass or other transparent material used over the lens to emphasize, eliminate, or change the color of the entire scene or certain areas within a scene.

Focal Length - the distance between the film and the optical center of the lens when the lens is focused on infinity. The focal length of the lens on most adjustable cameras is marked in millimeters on the lens mount.

Focus - the adjustment of the distance setting on a lens to define the subject sharply.

Focus Range - the range within which a camera is able to focus on the selected subject; i.e., from 4 feet to infinity.

Foreground - the area between the camera and the principal subject.

Graininess - the sand-like or granular appearance of an image. Graininess becomes more pronounced with faster film and the degree of enlargement. In digital imaging, graininess may occur as a result of printing an image, the pixel resolution of which is too coarse, or as a result of using a printer with poor dot resolution.

Hue - the attribute of colors that allows them to be designated as red, green, blue, or any intermediate combination of these colors.

Lens - one or more pieces of optical glass or similar material designed to collect and focus rays of light to form a sharp image on the film or digital camera sensor.

Natural Expression - The subject's expression should be natural, with both eyes open. Please refer to the photographs found on this website for acceptable facial expressions.

Negative - the developed film that contains a reversed tone image of the original scene.

Neutral Gray Card - a gray test card without any hue, typically of 18% reflectance.

Neutral White Card - a white test card without any hue, typically of 90% reflectance.

Over-exposure - refers to a condition where too much light reaches the film or digital camera sensor, either because it is too bright or has been applied too long, resulting in a very light photograph.

PPI - short for pixels per inch; the measurement of resolution for displaying or printing digital images.

Pixel - short for picture element; a single picture element of a digital photo or displayed image. Taken together, all of the millions of pixels form a grid that represents the content of the image.

Pixelization - the graininess in an image that results when the pixels are too big, relative to the size of the image.

Positive - the opposite of a negative, an image with the same tonal relationships as those in the original scenes, for example, a finished print.

Posterization - the effect produced when a photographic image is displayed or printed with too few colors or shades of gray; the opposite of continuous-tone.

Print - refers to an exposed film picture that is printed on photographic paper, in color or black and white. In digital imaging, a print is the result of printing the digital image on photographic-quality paper stock using a digital printer. For passport/visa photographs, the resulting print should measure 2 inches x 2 inches (51 mm x 51 mm).

Printing - producing the final photo of the captured image which should enable fine facial features to be discernable, whether the print results from conventional photographic processes or digital printout. The resulting print should exhibit a continuous-tone quality regardless of the print method used.

Proper Lighting - the type and position of lighting for both the subject and background so that the subject is clearly illuminated with no shadows on the face or the background.

RGB - the way that the colors are recorded in digital imaging. A large percentage of the visible spectrum can be represented by mixing red, green and blue (RGB) colored light in various proportions and intensities.

Reflectance - the light intensity emitted from a surface in a given direction.

sRGB - refers to a standard default RGB color space. This is a device-independent color space designed to remove any color-bias from the representation of an image on the specified device.

Sharpness - refers to whether an image appears to be in focus.

Subject Pose - the subject's head, face and shoulders which should be oriented so that the full face frontal view varies no more than ±5 degrees from frontal in every direction.

Subject Positioning - the position of the subject with respect to the camera; the subject should be placed in front of the background such that the focal distance from the camera's lens to the subject's face should be no closer than 120 cm.

Tone - refers to the degree of lightness or darkness in any given area of a photo.

Under-exposure - refers to a condition where too little light reaches the film or digital camera sensor, either because the light is not sufficient or it hasn't been applied long enough; it results in a very dark photograph. 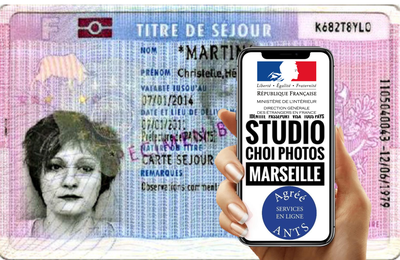